Whenever people agree with me I always feel I must be wrong.... 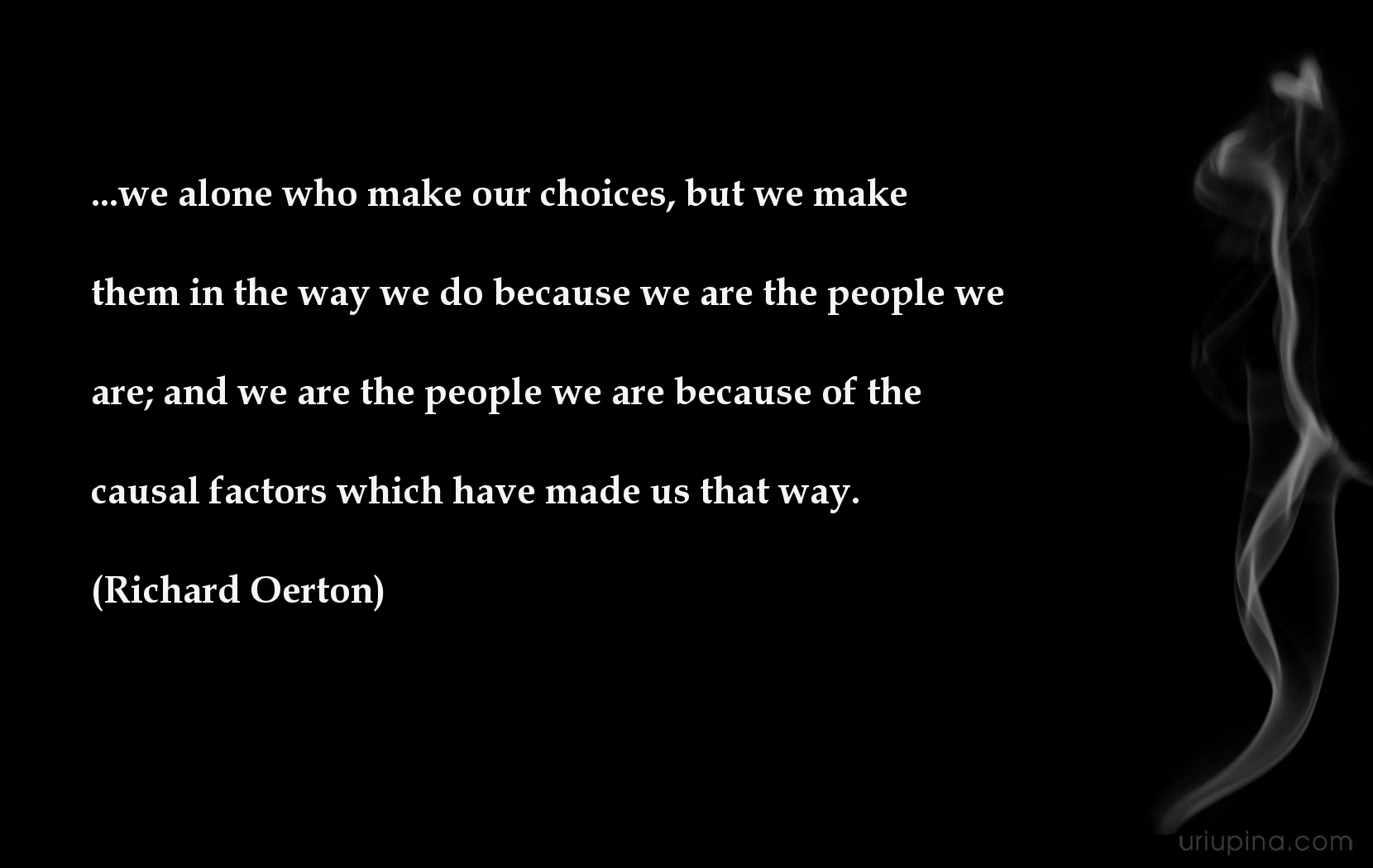 Other quotes by Richard Oerton:

The second is the widespread belief, held even by some philosophers, that all you ha...

Whatever else is true of our idea of free will, it must be true that, if we poss...