...everything is ridiculous if one thinks of death.... 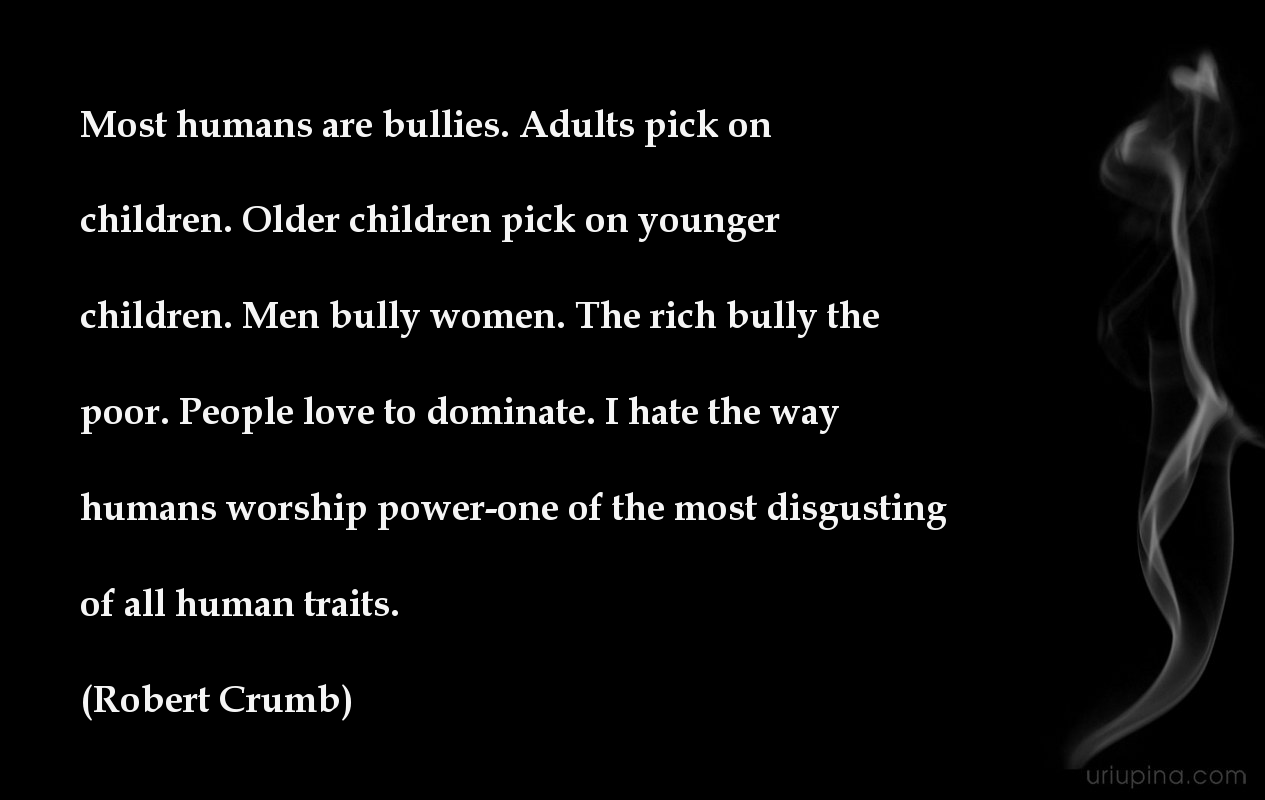 "Most humans are bullies. Adults pick on children. Older children pick on younger children. Men bully women. The rich bully the poor. People love to dominate. I hate the way humans worship power—one of the most disgusting of all human traits." ~ Robert Crumb

Other quotes by Robert Crumb:

It's much easier to lie to humans and trick them than to tell them the truth. They'd much rather be bam...