The thinking man always finds himself in a gigantic orphanage in which people are continually proving to him that he has no parent... 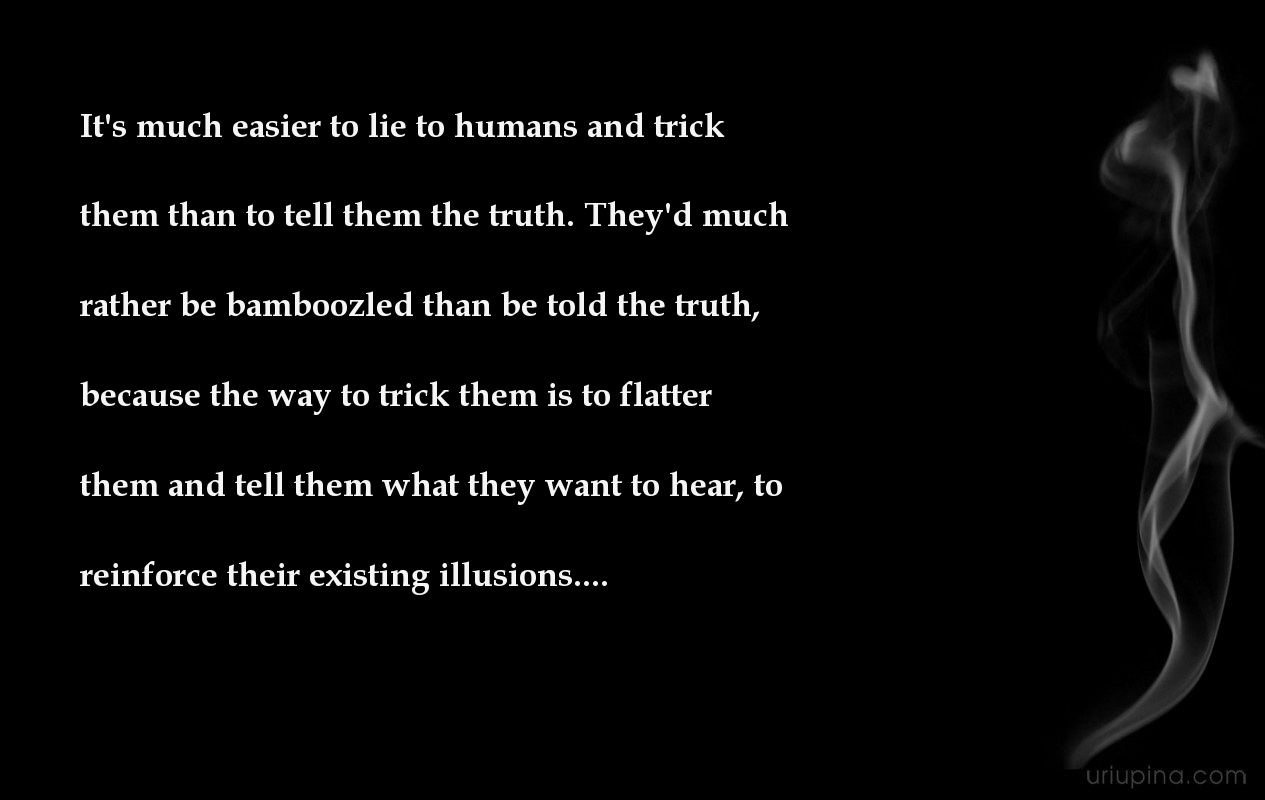 "It's much easier to lie to humans and trick them than to tell them the truth. They'd much rather be bamboozled than be told the truth, because the way to trick them is to flatter them and tell them what they want to hear, to reinforce their existing illusions. They don't want to know the truth. Truth is a bring-down, a bummer, or it's just too complicated, too much mental work to grasp." ~ Robert Crumb

Other quotes by Robert Crumb:

Most humans are bullies. Adults pick on children. Older children pick on younger...