The happiest life is to be without thought.... 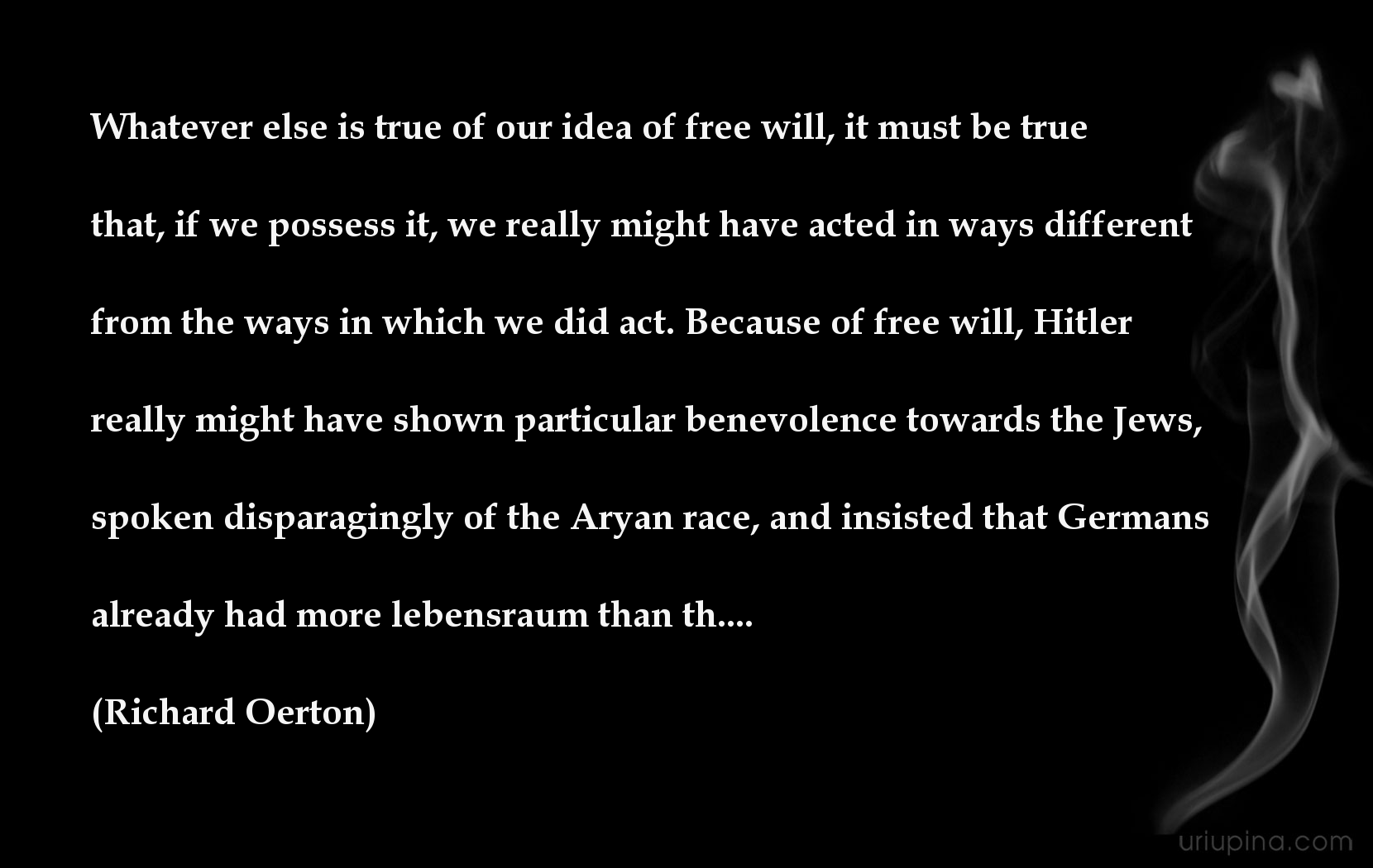 "Whatever else is true of our idea of free will, it must be true that, if we possess it, we really might have acted in ways different from the ways in which we did act. Because of free will, Hitler really might have shown particular benevolence towards the Jews, spoken disparagingly of the Aryan race, and insisted that Germans already had more lebensraum than they knew what to do with." ~ Richard Oerton

Other quotes by Richard Oerton:

...we alone who make our choices, but we make them in the way we do because we are the ...

The second is the widespread belief, held even by some philosophers, that al...