It is a trick among the dishonest to offer sacrifices that are not needed, or not possible, to avoid making those that are require... 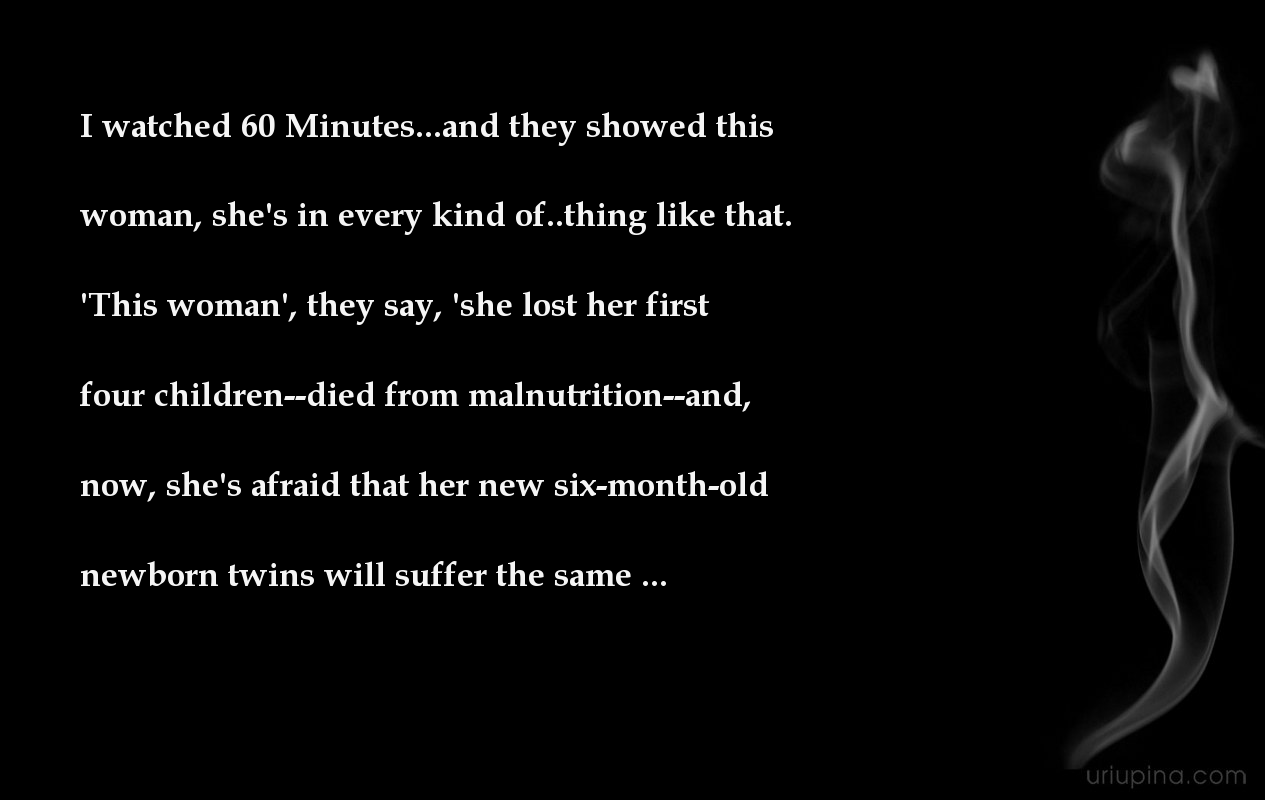 "I watched 60 Minutes...and they showed this woman, she's in every kind of..thing like that. 'This woman', they say, 'she lost her first four children--died from malnutrition--and, now, she's afraid that her new six-month-old newborn twins will suffer the same fate'. ... Who's going to step in and say...'kick her in the cunt 'til it doesn't work', 'that woman is a sociopath! that is a sick human being!'. ... How much of a sociopath do you need to be? That is the slow ritual torture-murder of children, one after another! At what point does cause-and-effect not kick in? How many bulb-headed skeletons have to go stiff in your arms?! ... 'what? this one's not working... oh, well let's try again', one after another. At what point do you not go 'I think this is bad'? ... How many kids are you going to fuckin' kill, lady? ... If you impregnate someone under those conditions, they should abort the parents! that's sick!" ~ Doug Stanhope

Other quotes by Doug Stanhope:

I kept a picture of me kissing my dad’s corpse on the forehead in my wallet for...

Life is like a movie, if you've sat through more than half of it and its sucked every secon...